We Are Story Tellers

Today our Spotlight – Hellbent. We got to sit down and talk with this dynamic group hailing from Hamilton to talk about music and their journey so far. The latest release GUNUNDRUM brings that hardcore grime that you’ve come to love. Check out the convo we had right here. 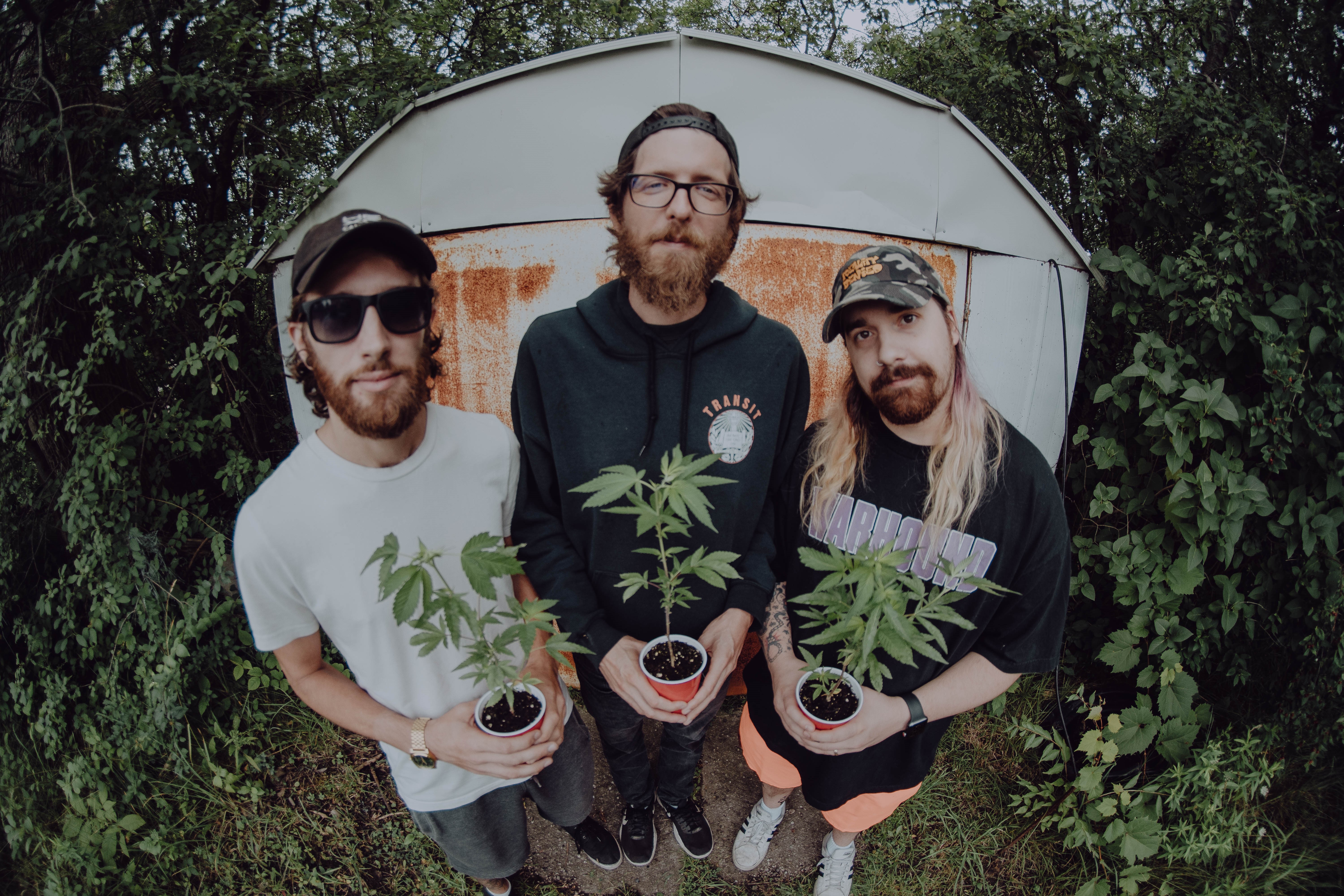 Hi guys! Thanks for taking some time for us. Things are sort of getting back to normal, but what were you guys doing during the pandemic to keep busy, and did Phil try eating any more ghost peppers?

We all love hot sauce but there haven’t been any ghost peppers since then!  That thing fucked Phill up for a day or two!

The upcoming album, Primitive Hits, was engineered by drummer Nick Ginn. How important is it for Hellbent to have direct input like that on your music?

Nick has recorded everything we’ve ever released!  It’s his sound, from his studio – Hamilton style.  Having input in our music has never been a conversation because even when Scott Middleton came into the picture, we were still at School House Studios and Nick still engineered and mixed the record.

This album was produced by ex-Cancer Bats Scott Middleton… What was it like working with him, and did you take anything from that experience that will affect your future songwriting?

Having someone else in the fold was very new for Hellbent, especially because we don’t live very close to each other these days.  We don’t get to practice often, and there have even been occasions where someone is learning a part while they’re in the studio to record it.  Having to do pre-production and jam stuff out and rewrite was definitely a challenge, but it was a very unifying experience since we don’t get to do stuff like that on an ordinary day!

The biggest thing that I can credit Scott for is a newfound sense of confidence in my own songwriting and guitar playing.  I don’t think that would’ve ever come from within and I’m very grateful for his words of support and enthusiasm for what we were doing as a whole, and with each part, I had to track.

I never thought adorable pups and hardcore would go so well together, but the song Buckley¸ about your rescue pup is AWESOME! How much a good doggie is Buckley, and will be hearing any

Buckley is the best boy, and there will definitely be more tunes about our furry friends to come.  All of Hellbent’s collective pets are rescue animals, so why not spread the good word!  In fact, my partner and I just adopted a nine-year-old bull terrier named Kane.

You guys have already been playing some shows in 2022… how does it feel to be back out in front of crowds again?

Unfortunately, those got canceled with the renewed lockdown measures but we’re looking forward to playing some gigs this summer!

Phil, you’ve also been keeping busy with your podcast Bandecdotes, which focuses on some of the most kick-ass bands in Ontario. What has it been like creating that podcast, and who has had the best story so far?

It’s been a learning process!  When I started I was in a closet!  Luckily I’ve upgraded quite a bit.  Having to learn audio and video editing has been challenging but I’ve made it work.  It won’t be polished like a Hollywood production because everything is out of pocket and DIY (hey local companies, hit me up if you need ad space!).

Honestly, it’s hard to pin down the best story.  I’ve heard lots of good ones.  But.  My friend Alex from Loose Teeth / Life In Vacuum told me a good Who Dun It story.  There were in Europe playing a massive festival and had been invited to stay at this hostel, which was also the location of the festival’s public bathrooms.  They stayed up late and partied and went to bed in the morning.  Then they were woken up by the owner of the hostel freaking out in a language they couldn’t understand so they didn’t know why he was mad.  When they found someone to translate, it turned out he was upset because someone had taken a shit on the ground in the spare room.  To this day, the band doesn’t know whose poo it was and they were suspicious of each other for the rest of the tour.

Are there any bands out there that you’d really love to have on?

Since the podcast is mainly Ontario based I’d like to use that as a parameter for now, and as the show hopefully gets bigger and bigger I’d like to expand and interview bands outside of Ontario.  That being said, I would love to chat with Derek Whibley of Sum 41.  Not only did they play a huge part in my childhood – finding them and then graduating to heavier music, I’ve also seen enough behind-the-scenes footage of Sum 41 in their prime with their ridiculous antics that it would make for a great interview!

Primitive Hits is dropping soon, but what else is in store for Hellbent?

The record comes out and 4/20 this year and we will definitely be announcing some shows soon!  Can’t wait to get everyone back into a van to go play some gigs!

Last question… if you could pass a joint to anyone, who are you puff-puff-passing to?

Phill has thought about this question long and hard about this one.  The obvious answer would be Snoop Dogg or Seth Rogan.  But it’s would be Brandon DiCamillo from the CKY crew.  Look him up if you’ve never heard of him, but his songs and skits and hilarious and he just seems like he’d be laughing uncontrollably.

Matt smoked weed with Damian Abram from Fucked Up out of an apple in North Carolina once, and that was cool.  And Nick says Louis Theroux, an answer that Matt wishes he came up with because he’d be great to sesh with. 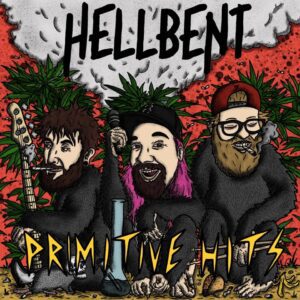 Spotlight – Hellbent has come to an end. Big thanks to the guys for spending some time with us.

Keep up with Hellbent right here